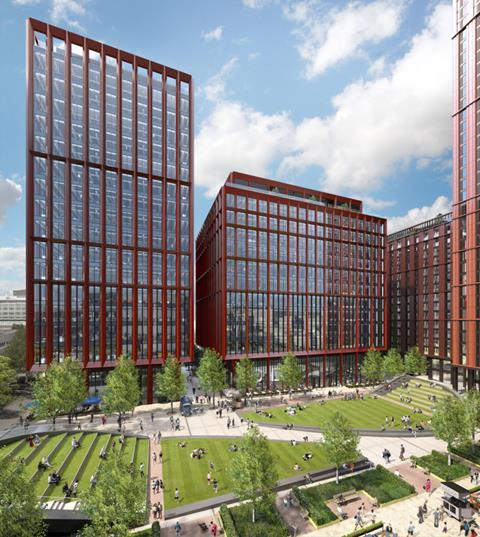 John Sisk & Son surged to the top of the contractors’ league tables last month, just pipping Kier in both of the rankings.

The new entrant’s sole contract, valued at £135m, was a deal to build two blocks within the Circle Square project in Manchester.

The final podium place was filled by Willmott Dixon, which bagged 16 deals worth a combined £88m, the largest of which was a £19.4m win with Gateshead council to upgrade the heating system in a high-rise social housing building in the town.

Galliford Try took fourth position in both tables, securing three contracts worth a combined £80m, helped by an agreement with English Cities Fund worth £22.9m to build 137 apartments (including infrastructure) on the Millbay Docks in Plymouth.

North London firm Toureen Mangan was a new entrant last month across the two contractor rankings after winning a £60m framework and foundation deal as part of the transformation of the Old War Office Building in Westminster into a 125-bedroom hotel and 88 flats.

Graham Construction was also a new entrant in September and took sixth spot in both tables, boosted by a £50m agreement with NHS Grampian to build the Anchor Centre at the hospital’s Foresterhill Campus.

Kohn Pedersen Fox once again topped the architects table for the year to September, securing seven projects with a construction value of £1.4bn, with Foster + Partners holding onto second position with four projects worth a combined £1.1bn.