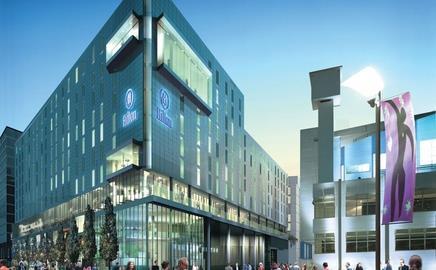 UK contractor John Sisk has won an £89m contract to build a Hilton hotel and a 700-home block of student accommodation near Wembley stadium, in the latest sign developer Quintain’s £3.8bn regeneration plan is returning to life.

Construction will start by the summer, after Quintain raised £183.5m for development with a rights issue at the end of last year. In addition, Derbyshire contractor Bowmer & Kirkland has won a £16.3m contract for a 272-unit Holiday Inn Express, being undertaken with Summit Hotels and funded by Royal Bank of Scotland.

Quintain cut staff in 2008, taking the number working on the Wembley scheme down from 28 to 13. The scheme was redesigned in light of the recession, and Quintain has since put in the infrastructure and finished the first 520 homes on the 85-acre north London regeneration project.

Nick Shattock, Quintain’s deputy chief executive, said the move was a signal the scheme was gearing up. He said: “Fundamentally the development never stopped, as urban regeneration is about maintaining momentum. However, we’re starting to see the first signs of a return of funding in the market.”

The Hilton is the first major part of the development to be signed off since the construction of the affordable homes began at the start of 2008. The developer said the hotel, which will contain up to 440 rooms, would be ready in time for the 2012 Olympic Games, for which Wembley is the football venue.

Last year Quintain announced it had agreed heads of terms with a cinema operator for the planned multi-screen cinema, and persuaded Brent council to adopt the post-recession revisions to the masterplan.

The move follows increasing signs of life in the London property market, including at the Greenwich Peninsula, Quintain’s joint venture development with Bovis Lend Lease. The firm completed the office scheme 14 Pier Walk last year and started work on the first of 10,000 new homes on the site.