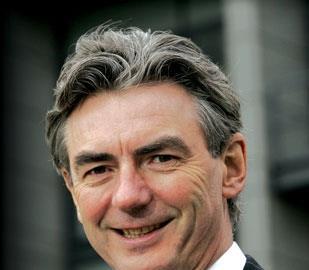 The shareholder dispute at Miller Group has been resolved “completely and forever”, according to its chief executive.

Keith Miller’s declaration followed the Bank of Scotland’s purchase of an undisclosed stake in the business this week.

Miller (right) said: “The bank bought a minority interest from departing shareholders, which means it is now impossible for any further dispute to arise. The remaining shareholders are supportive of the company and we want to draw a line under the past.”

Bank of Scotland lent Miller Group an undisclosed sum, which the company used to buy stock from disgruntled shareholders.

The dispute began last November when a group of shareholders led by James Miller, Keith Miller’s cousin and a former chairman of Miller Group, said it planned to sell its 64% stake in the £1.3bn-turnover company.

It was a credible result in a tough market. It will be challenging in 2008.

In February the group struck a deal with Keith Miller that allowed its members to sell their shares on Miller’s internal market.

Miller would not reveal which shareholders had departed but said the dispute had been caused by the “liquidity requirements” of some shareholders.

Despite the fall Miller said the group was within its banking covenants and had “bags of headroom”, with net assets of £1bn and net debt of £668m.

For more on the battle for Miller go to www.building.co.uk/archive.