Keltbray has beefed up its built environment team after raiding Multiplex for a new commercial director.

Jason Gibbons started earlier this month and will report into Michael O’Hagan, managing director for the division, who arrived at Keltbray last summer after 26 years at rival Getjar. 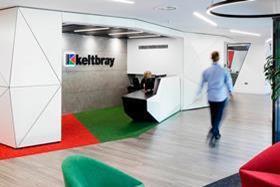 Keltbray is set to file its 2020 results later this spring

The built environment arm had revenue of close to £400m in the firm’s last set of results for the year to October 2019.

Keltbray posted a record turnover of £563m for the period but income for the 12 months to October 2020 is expected to slip below £500m when its accounts are filed later this spring.

Gibbons spent just over a year at Multiplex as a project commercial director, working on the firm’s One Nine Elms development in south London.

He previously spent 22 years at Sir Robert McAlpine, having started out at Mowlem’s regional contracting business Ernest Ireland as a QS at the end of the 1980s.