Job at Farringdon site worth around £20m with second, similar-sized deal still up for grabs

Keltbray has won the race for the first major phase of construction work planned at the new Museum of London site in Farringdon.

The scheme, worth around £20m, will include enabling, demolition and structural work at the site. 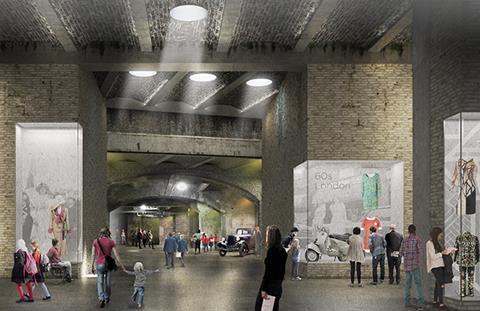 Keltbray has beaten Carey to the job which also attracted pitches from McGee and smaller rivals Kilnbridge and Harrow firm Toureen.

Initially advertised as one deal, the work at West Smithfield was later split into two.

Keltbray’s deal is for the Victorian General Market, while the second lot, which is still being bid, is for the 1960s Poultry Market. This deal is understood to be worth around £20m as well.

The £332m Museum of London project is being designed by Stanton Williams, Asif Khan and Julian Harrap Architects.

The museum is moving to the market in 2024 while its existing building had been due to be demolished to make way for a concert hall designed by US practice Diller Scofidio & Renfro.

But the £288m Centre for Music project was pulled by the City Corporation last month who said it would launch an international design competition to find an architect to spruce up the 40-year-old Barbican Centre instead.

Meanwhile, Keltbray is understood to be one of two firms left in the race for a demolition deal on the site of Derwent’s planned mixed-use scheme on London’s Baker Street.

McGee is also chasing the job which will involve knocking down a series of existing buildings on Baker Street, George Street and Blandford Street.

Laing O’Rourke is up against Sir Robert McAlpine for the main contract on the scheme, called 19-35 Baker Street, which has been designed by Hopkins and is believed to have a price tag of close to £100m.