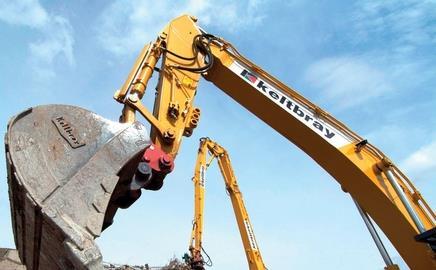 Keltbray, the London demolition and site services specialist, has teamed up with Gulf General Investment, a developer based in Dubai, to make the first overseas foray in its 30-year history.

Keltbray Gulf will have offices in Dubai and the nearby emirate of Sharjah. It is hoping to hit a turnover of £20m in its debut year.

Gulf General Investment has a 51% stake in the company and the remainder is held by Keltbray.

Brendan Kerr, Keltbray’s managing director, said he was hoping to start work on its first job – likely to be a commercial scheme in Sharjah – this March.

He said: “The aim is to build our workload and our reputation there slowly but surely.”

He said the company had been looking at the Middle East for some time but that the move was also intended to bolster workloads in the face of the downturn in the UK.

He played down fears of a Middle East downturn and said most of its initial work would come from its partner, which is listed on the Dubai stock exchange and whose portfolio of business interests includes real estate, industrial projects, hotels and restaurants.

Kerr said he was looking at picking up deals from Western contractors as well as local firms.

Keltbray Gulf will be staffed by about a dozen people and will be headed by Anthony Walsh, the firm’s operations director.

Along with Dubai and Sharjah, the firm is also targeting work in Abu Dhabi where it will carry out demolition contracts on buildings built in the sixties and seventies.

Kerr said the business would also be carrying out piling work – something it doesn’t do in the UK – and was in the process of buying a number of piling rigs.

He added that Keltbray was looking at expanding further into the Gulf, and that Qatar was a likely first target.

Keltbray is forecast to report a turnover of about £130m in the year to 30 October 2008 when it releases its results this spring.

More on Dubai at www.building.co.uk/international