Proposals could see line link up with Channel Tunnel

Crossrail could be linked up to the Channel Tunnel after four Kent councils backed plans to extend the line into the county.

Kent, Bexley, Dartford and Gravesham councils have submitted a strategic outline business case to the Department for Transport for extending Crossrail onwards from its current terminus at Abbey Wood.

The proposed extension would end at Northfleet, about 300m from the Ebbsfleet International station on the HS1 line between St Pancras and the Channel Tunnel.

It would see eight of the 12 trains per hour which terminate at Abbey Wood continue along the existing North Kent Line, sharing the tracks with Southeastern and Thameslink services. 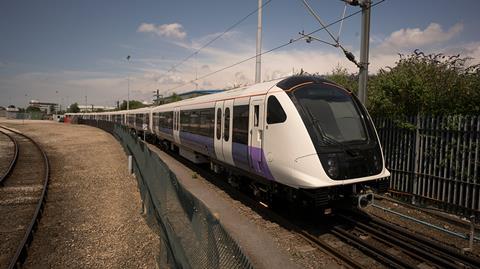 Significant construction works would be required at Abbey Wood, Slade Green and Dartford stations, with some additional sections of track and junction also required along the route.

The plans are one of three shortlisted options which went to public consultation in July.

Also considered was the construction of a new track running parallel to the North Kent line, and an upgrade which would see the number of Southeastern trains on the route double and the introduction of new bus services.

A council report said the chosen option, which is cheaper than building a separate track, “has strong potential to address the challenges faced by the corridor, as well as providing the best value for money”.

It also means Crossrail would terminate close to the proposed site of the £3.5bn London Resort Theme Park in Swanscombe, which is currently in the process of applying for a development consent order.

If successful, construction of the 465ha scheme could start as soon as next year with the park opening to visitors in 2024.

Crossrail was originally proposed to go beyond Abbey Wood and terminate at Ebbsfleet to link up with HS1 but these plans were scrapped to cut costs.

In 2019, the government provided £4.8m in funding to explore options to extend Crossrail’s south-eastern branch into Kent to open up new areas for housing.