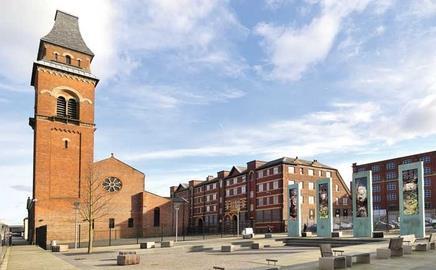 The Homes and Communities Agency has hit back at allegations it has funded substandard housing through the £1.06bn Kickstart programme as the political row over the scheme escalates

However, HCA chief executive Sir Bob Kerslake this week said many of the schemes were simply scored down because builders didn’t provide all the information for Cabe’s assessment, and that every scheme rated poorly had been subsequently double-checked by the HCA for quality.

The HCA refused to disclose the names of the schemes in question, and added that it had not rescored the schemes itself so was unable to provide overall data for the shift in scores.

Kerslake declined to criticise Cabe, maintaining that the £250,000 assessment costs were worthwhile for highlighting schemes that needed extra checks.

He said: “Some schemes didn’t include the full information, as Cabe wasn’t asked to do more than a desktop exercise, and other schemes had wider contextual issues, such as amenity space having already been provided.”

However, Matt Bell, director of external affairs at Cabe, said the body stood by its assessments and piled further pressure on the HCA. He said: “You can tell very clearly from the plans that most of the schemes will not provide well designed homes, on a well laid-out site. Even with full information, most are clearly never going to be good enough.”

Kerslake did accept that the level of design in a number of cases was not the “aspirational” standard the HCA would seek in housing it had commissioned itself.