Khan: Housing crisis is London's number one issue 'by a mile' 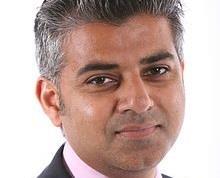 Labour’s newly-elected candidate to become Mayor of London Sadiq Khan has said tackling the capital’s housing crisis will be his number one priority if he wins the race to become mayor next year.

The Tooting MP and former shadow justice secretary won 58.9% of the votes in the fifth round of voting, beating the favourite Tessa Jowell into second place.

Speaking to the BBC’s World at One after his candidacy was announced, Khan said: “The number one issue by a mile for Londoners is the housing crisis and I’m commited to ensuring we have genuinely affordable homes to rent and buy in London during my time as mayor.”

The south London native’s win leads into a weekend which could see staunch leftist Jeremy Corbyn win the battle for the overall Labour leadership.