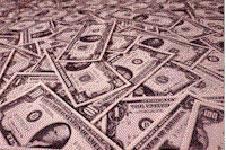 The British public wants a deal on kick-starting the global economy to be the most pressing issue at next week's G20 summit, a study has revealed.

The survey, by Opinion Research, questioned 2,007 people across the UK this month, asking which two issues people would most like to see discussed.

They found that 50% of respondents said securing a deal to boost the economy should be the key concern for world leaders.

Meanwhile, 29% said tackling excessive bank bonuses should form the main focus of the event, and 11% of respondents said recapitalisation of the banking sector was most important.

The US government is backing the need for a new stimulus package, but European countries, led by Germany, say new regulation is the most important issue.

They claim that no more stimulus packages should be agreed until the existing ones have been shown to start working.

Meanwhile, Gordon Brown will repeat demands for more fiscal stimulus and greater financial regulation on a visit to the US as part of a pre-G20 summit tour, despite Mervyn King, head of the Bank of England, warning against more UK spending.

Brown's strategies have received backing from President Obama, who is pushing for a sustained stimulus.