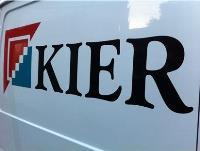 Kier led the overall top contractors chart in June with 64 projects worth a combined £464m. Civils work accounted for £275m of the monthly total, while commercial and public contracts accounted for £111m and £78m respectively. The firm also led the cumulative 12-month chart, with £2.6bn spread across 537 deals, while coming third in the monthly listing excluding civils.

Second place in the top contractors table in June was Galliford Try, with six contracts worth just shy of £200m. This included two Defence Infrastructure Organisation projects; a £60m deal to build accommodation, hangars and runways for RAF Marham in Kings Lynn, and reconfiguring and refurbishing a number of army barracks, including Catterick Garrison in North Yorkshire, in a deal worth £49m. Galliford Try also headed the list excluding civils for June with the same number of deals.

John Sisk was third in the overall contractors’ table - second in the list excluding civils - with a single contract worth £190m, namely work on 745 flats on the Quintain Wembley Retail Park.

Willmott Dixon’s £53.2m refurbishment work of the Old Admiralty building - soon to become home to the Department for Education - helped it into fourth place overall, a position it also reached in the excluding civils listing for June.

Fifth place on both contractors’ tables went to Vinci. The French firm posted £176m-worth of work across 16 projects, including a £92m deal to build student accommodation for Hull University and a £30m job to redevelop the Devonshire Park complex in Eastbourne.

Balfour Beatty registered 40 contracts in June, worth £146.5m, putting it in sixth place overall for the month. The firm comfortably held onto the second spot in the cumulative table, with £1.85bn spread across 366 projects.