Kier to cull regional offices and jobs in £12m restructure 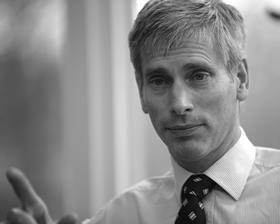 Kier will rationalise its extensive network of regional offices, with different parts of the business brought under one roof, in a bid to cut costs amid the ongoing contraction in the construction industry.

Speaking to Building following the announcement of the firm’s half-year results last week, Kier chief executive Paul Sheffield (pictured) said the restructure, which is expected to cost the firm £12m this year, would mean the business would consolidate its regional offices across the UK.

Kier’s construction business had a 2.1% operating margin over the period, down on the 2.5% recorded at the same point last year, with revenue also down by more than 10% to £627m.

Operating profit in the construction business for the period stood at £13.5m, down from £17.8m over the same period last year.

Sheffield said the results showed a “solid” performance in a “difficult environment” and that the firm was restructuring to reflect the “scale of future opportunities”. 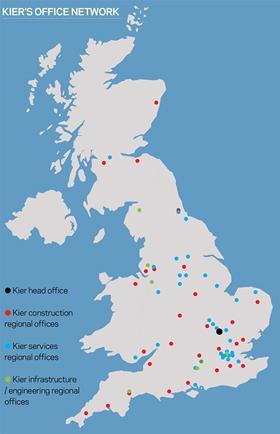 Sheffield said the restructure would retain the existing structure of eight regions, but would involve the consolidation of the firm’s “very extensive network of offices”.

He said: “There is a slightly more efficient way to run the business that we believe will not weaken our regional presence.

Sheffield said the restructure, which would be complete by the end of the financial year, would inevitably involve redundancies, but would not be drawn on the number of job losses.

He said the shake-up was aimed at making Kier “a leaner and more efficient business”, but declined to give a figure on the annualised savings the firm was targeting.

He said the £4.4m in costs already incurred in the first half of the year through the restructure was in part because of the disposal of “two peripheral business units”, including £2.1m write-off related to the sale of the firm’s scaffolding business as well as a reduction in head count. He declined to give a further breakdown of the costs.

He said the remaining costs of the restructure, expected to amount to around £7.6m, would be incurred through redundancies and the property costs as a result of office closures.

He added: “We are having to approach this as every business is: the building market in the UK is very tough, it’s been difficult for a couple of years and it’s going to be very tough for the next two years.”

Results for six months to 31 December