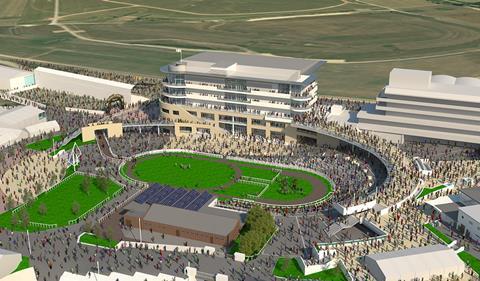 The Jockey Club said it had appointed Kier as the main contractor for the job to build the new grandstand, witch work to stat on site this month.

The scheme, designed by Roberts Limbrick Architects, includes the construction of a 6,500 capacity grandstand as well as a revamp the parade rings to the north side of the racecourse, with some of the oldest existing buildings in the complex replaced.

The project, which is being managed by consultant EC Harris, will also include 12 new hospitality boxes and a royal box and a premium floor on the sixth floor.

The project is scheduled to be complete in time for the Cheltenham racing festival in 2016.

DBK is acting as independent capital projects advisor for the project.