Bell Phillips Architects has finally been given planning from Camden council for its scheme to design a new use for one of the King’s Cross gasholders – five years after it won the original competition.

The firm beat 80 others to land the work for the structure, called Gasholder No 8, which has now been moved to a new location next to the Regent’s Canal overlooking Camley Street Natural Park and St Pancras Basin.

Bell Phillips won the scheme originally with Kimble but that firm is no longer involved. 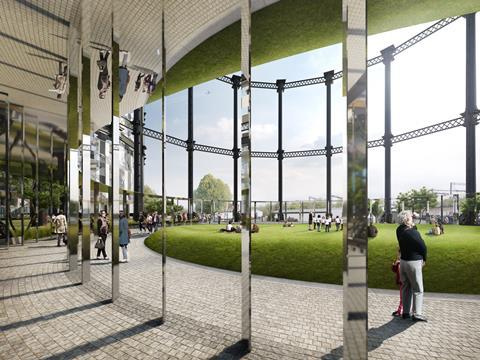 The Victorian gasholder will feature a 270,000sq m park which will provide space for events. It will include a canopy made from stainless steel. Work is expected to start shortly and be completed by next September.

Built in the 1850s, the Grade II gasholders were a landmark for train travellers and used to sit just outside King’s Cross station. They were taken down to make way for redevelopment work in the area. 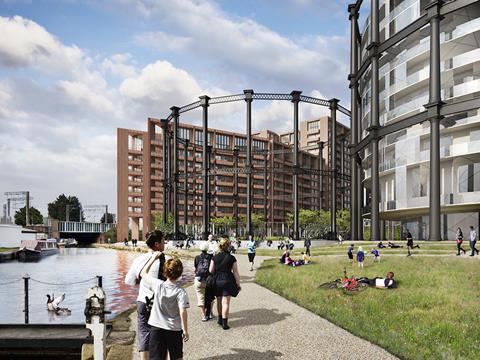