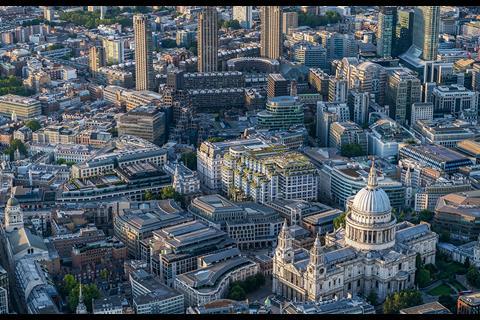 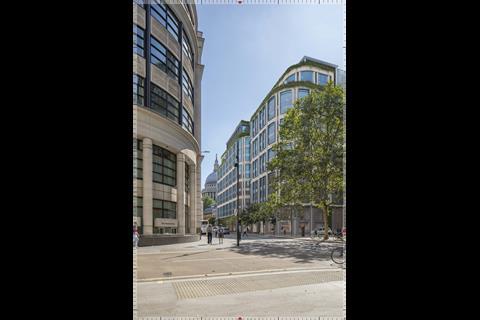 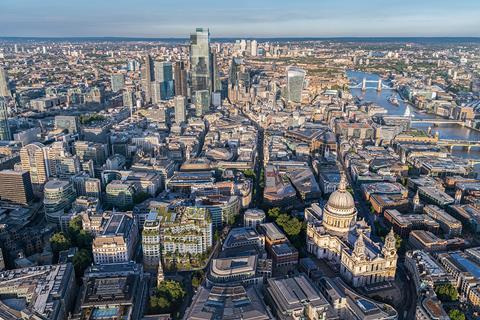 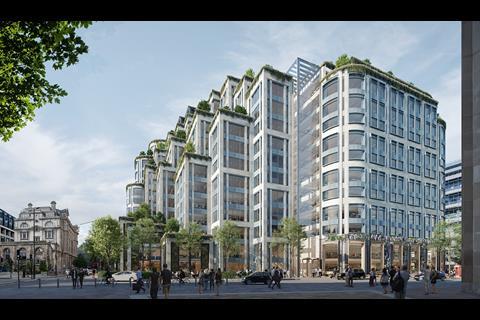 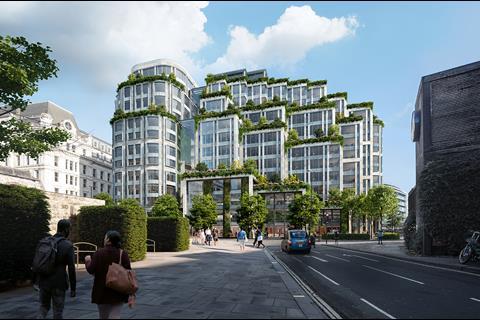 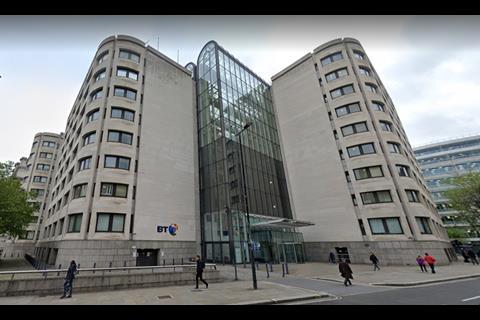 KPF has won planning for the retrofit and expansion of BT’s former headquarters near St Paul’s Cathedral.

The 1980s building, which takes up a whole city block just to the north of Paternoster Square, will be reconfigured into a mixed-use building with large, flexible office floorplates, retail and a roof garden with a restaurant.

Its massing will change considerably, with a portion of the front removed to reduce its impact on key views and new bays added stepping down from north to south creating accessible terraces.

The building’s structural frame will be largely retained and extended to increase the commercial office space to more than 67,500sq m. This will be serviced by filling in the existing entrance atrium with new cores. The practice said three full-height slot atria topped by skylights would provide the circulation and mark the main entrances.

John Bushell, design principal at KPF, said the project, 81 Newgate Street, would save up to three years of demolition and new construction.

The conversion of the BT Centre is being carried out for Tejat V Lux Sàrl, advised by Orion Capital Managers and Pella Real Estate Partners. It will also include a gym, spa and swimming pool.

It was approved by the City of London Corporation which said the makeover would fit into its Culture Mile programme linking Tate Modern, St Paul’s Cathedral, the new Museum of London and the City concert hall.