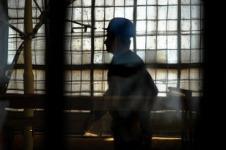 The Labour Party has denied it has committed to extend Gangmaster’s Licensing Act to the construction industry, despite claims from construction unions that they had won significant concessions in this week’s election manifesto.

The manifesto, published on Monday, said: “We will extend the licensing approach to labour providers in the construction industry if the evidence shows that is the best way to enforce employment rights,” leading construction union Ucatt to issue a statement welcoming what it called a “commitment” to extending the law.

However a spokesperson for the party said that its position had not changed since it rejected extending gangmaster licensing to construction last month.

The Gangmasters Licensing Act, brought in in the wake of the death of 18 Chinese cockle-pickers in Morecambe Bay, safeguards the welfare and interests of workers in industries such as agriculture and food packaging. Health and safety campaigners, including the author of a government report into construction deaths, have called for the regulations to apply to construction.

In March the report by Rita Donaghy called for the extension of the act into construction. The government said current laws already provided adequate protection for construction workers. But it did say that it would keep the matter under review and continue to consider if applying licensing to the industry would be effective in the light of new evidence.

A Labour spokesperson said: “We have always thoroughly evaluated evidence in relation to any changes to employment law. The Government’s response to the Donaghy Report stated that we would consider the findings of the current review by HSE into CDM [Construction design and management] regulations for instance.”