Laing O’Rourke has restarted work on a mixed-use scheme it is building above Tottenham Court Road station and is asking site workers to look at using alternatives to public transport such as cycling and walking into work.

The £195m Soho Place scheme is being built for Derwent and includes office and retail space along with a 600-seat theatre. Architect on the project is AHMM.

The job was shut for four weeks but restarted on Monday. A spokesperson for the contractor said the site had reopened with a significantly reduced workforce split into five shifts.

She added: “We have also asked people to review their route to work, consider walking, cycling or driving as options and to follow social distancing rules if they have no option but to use public transport.”

The firm has also asked each shift to arrive and leave 30 minutes apart and is providing additional welfare and canteen space and staggering break times.

O’Rourke is main contractor on around 45 jobs in the UK with several high-profile schemes remaining shut because of the pandemic.

These include two other jobs in the capital, the Thames Tideway super sewer and the Northern Line Extension from Kennington to Battersea – both of which it is carrying out in a joint venture with Spanish contractor Ferrovial – and the £850m Edinburgh St James mixed-use scheme in the Scottish capital after the Scottish government said all non-essential construction had to stop. 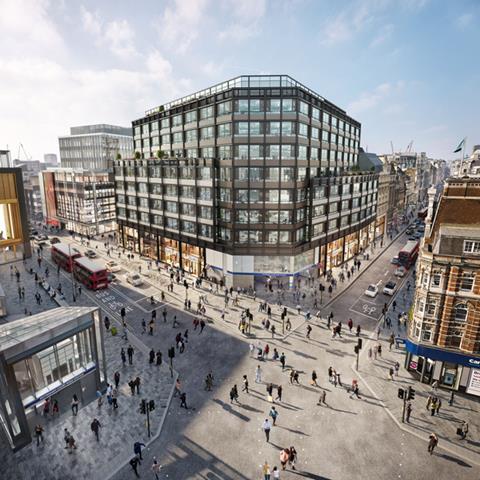