Laing O’Rourke has brought in Landsec veteran Andrew Dudley to work in its UK building business.

Dudley (pictured) spent more than 16 years at the developer where he was head of retail development for nearly 15 years before moving to head up its project management and engineering arm. 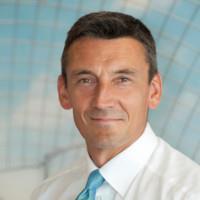 He left the firm at the end of last year to become a project management consultant.

An O’Rourke spokesperson told Building: “I can confirm that Andrew Dudley has joined us – as part of our UK Buildings business.”

Dudley, who before Landsec worked for Mace, has joined in a full-time position.

Schemes he worked on at Landsec included the St David’s 2 shopping centre in Cardiff, which was completed by the then Bovis Lend Lease in 2009, and the Trinity Leeds shopping centre which O’Rourke completed in 2012.