A new hospital being built by Laing O’Rourke will open a year earlier than planned in South Wales to help tackle the coronavirus pandemic.

Designed by BDP, the Grange University Hospital, a new specialist and critical care centre in Gwent, is set to temporarily open this month.

The £350m scheme at Llanfrechfa, near Cwmbran, north of Newport, was due to officially open next spring but the hospital’s board announced recently it will open 350 beds by the end of this month.

WSP was the civil and structural engineer on the project, while Gleeds was cost and project manager. 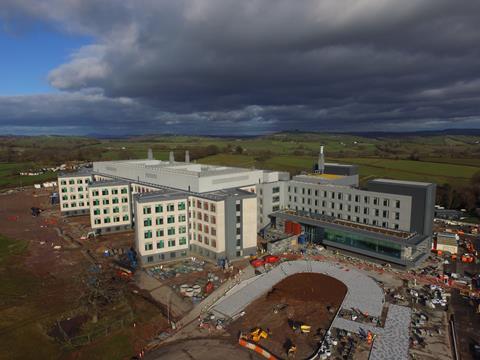 Adrian Hitchcock, lead architect at project designer BDP, said: “Our design concept means the hospital is divided into three distinct zones, which can be progressed with a degree of autonomy from one another.

“Together with the extensive adoption of off-site fabrication and Laing O’Rourke’s exemplary construction management and delivery, this approach has helped to make early opening possible.”

>> Building the road to recovery after the coronavirus crisis

Welsh health minister Vaughan Gething approved immediate funding of up to £10m to speed up construction of sections of the facility.

The Welsh government recently announced plans for a number of temporary hospitals in response to the covid-19 pandemic.

Kier is converting a former film studio in Swansea, while Vinci will build temporary so-called Rainbow Hospitals at Deeside Leisure Centre and Bangor University as part of its IHP joint venture with Sir Robert McAlpine. 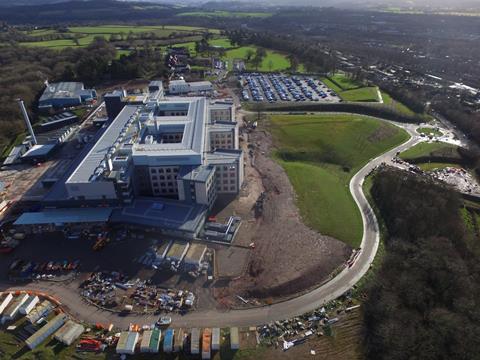