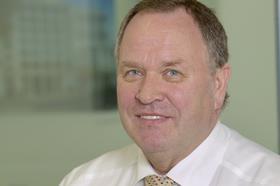 He retired from his executive director role at Balfour in October, and was previously managing director of the firm’s major projects division.

However, Laing O’Rourke appear to have tempted Clark out of retirement.

He began his new position as director for Scotland on 30 March 2015, and will be responsible for all Laing O’Rourke’s construction and specialist businesses north of the border.

Clark, who will be based in Laing O’Rourke’s Motherwell office, said: “Scottish market conditions are clearly improving. There are a number of interesting opportunities arising that are ideally suited to Laing O’Rourke’s innovative approach to DfMA, digital engineering and integrated delivery capabilities.”

Paul Sheffield, managing director of Laing O’Rourke’s Europe Hub, said: “Bob has been responsible for major projects across sectors in his previous role, including North Lanarkshire schools, Fife Hospital and extensions to both Glasgow and Edinburgh airports. His experience and understanding of the market in Scotland will prove invaluable.”