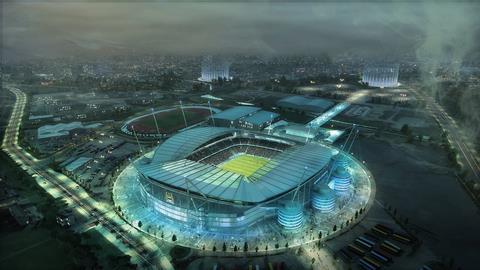 The firm will undertake work to increase the capacity of the stadium from 48,000 to 60,000 people.

The scheme, which has been designed by architect Populous, will entail Laing O’Rourke first increasing the capacity of the south stand, which will start immediately, before starting work on the stadium’s north stand.

The club said the project, which received planning permission in February, would expand the hospitality facilities at the stadium and would allow it to offer its £299 season ticket to more fans.

“This, along with our use of the latest digital engineering technologies, will help us to deliver efficiently with minimal disruption during match days, concerts and other events hosted throughout the year.”

Populous project director Mike Trice said it was “fitting that the club have partnered with a premium contractor”.

He added: “The ongoing positive relationship between club and the contractor will be key to the continued operation of the building whist the construction of this landmark project progresses.”

The expanded south stand, which will give the stadium a capacity of 54,000 people is due to be ready for the start of the 2015 football season.

Tom Glick, chief commercial officer for Manchester City FC, said: “Expanding the Etihad allows us to grow that offering as we constantly work towards excellence for every supporter that visits us in Manchester.”