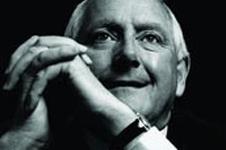 Laing O’Rourke is hatching plans to launch a housing manufacturing business that will use Japanese robotic technology.

The firm has been examining the use of modular housing for several years, but any decision to invest in a state-of-the-art manufacturing plant will depend on Laing O’Rourke’s confidence in demand for the products.

This was given a boost last week by an announcement by the Homes and Communities Agency (HCA) that the £4bn-turnover firm had won a place on all three of its regional frameworks for the delivery of 1,350 homes.

A source close to the firm’s talks with the HCA said plans for robotic systems, allied to the fact Laing O’Rourke already had an off-site plant in Nottinghamshire, had boosted its case with the HCA, which wants to reduce build costs through off-site manufacture.

He said he was confident there would be enough orders in the next year through the HCA framework to justify the investment in the multimillion-pound technology.

Steve Carr, head of new business and economics at the HCA, added: “We’ve been talking to Laing O’Rourke about using system-build housing and the research it’s been doing worldwide.”

It is understood that Ray O’Rourke, the firm’s chair, was impressed by the output of a plant run by Sekisui Heim when he visited Japan in 2006. This employs about 450 people, generates sales of 30bn yen (£2.1bn), and is the system he wants to bring to the UK.

It is based on a timber and steel-frame system that produces actual rooms, rather than flat-pack kits, and is a more highly automated production method than any presently in production. It is only used on a tiny scale in the UK.

“The Japanese are on a different page.”

It is understood that former chief operating officer Tony Douglas had been lined up to look after the new business before he left the company in November.

Barry Dye, head of the London and South-east region, is understood to be leading the project, which will be overseen by O’Rourke.