Laing O’Rourke’s Australian arm has been drafted in to head recovery efforts in Australia in the wake of the country’s bushfire crisis.

The contractor has been picked to lead the clean-up in the state of New South Wales (NSW) where the cost of the clean-up is expected to run into the hundreds of millions of Australian dollars.

The deputy premier of NSW John Barilaro said the operation would be a mammoth task, adding that 2,399 homes had been destroyed and that more than 10,000 buildings had been damaged or destroyed across the state. Dozens of fires are still burning across the country.

Barilaro said: “Despite the enormity of the job, Laing O’Rourke has indicated the majority of properties will be substantially cleared by mid-year, with a focus on residential properties.

“The contractor will also be working hand in hand with [NSW government agency] Public Works Advisory to engage local suppliers and subcontractors, to keep local economies ticking over.”

The NSW state government and Australian federal government will split the costs of the clean-up equally.

This follows the successful approach adopted by the federal and Victorian governments following the Black Saturday bushfires in 2009, which destroyed 450,000ha, 2,029 homes and claimed 173 lives.

The NSW government will also be required to provide regular updates on the progress of the clean-up. 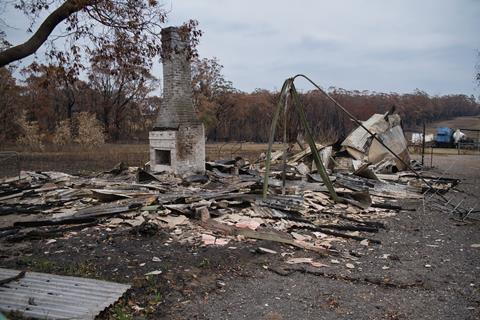