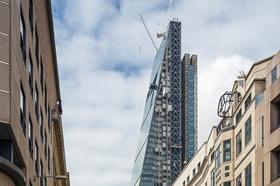 Laing O’Rourke’s profit across its European operations nearly halved last year to £36m after the firm wrote off £23m from the value of its land and property assets.

However, the firm’s Australian business bounced back into the black after two years of losses, reporting profit of £25m, helping the overall group to more than double pre-tax profit compared with last year.

In its results for the year to 31 March 2013, published last week, the firm reported total revenue, including share of joint ventures, of £1.95bn in its European business. This was up 11% from £1.75bn the previous year.

In the notes to the accounts the UK’s largest private contractor said the exceptional items across the group included a £23.3m write down on the value of its residential and mixed-use development assets, following a review. The majority of the write down is within the European business.

The firm, which is building the Cheesegrater in the City of London (pictured), said the valuations of the assets had “incorporated forecast selling prices based on recent market conditions” and that the directors of the firm had “assumed appropriate planning consents will be granted”.

Laing O’Rourke said it was “continuing to monitor its exposure to land and development”.

However, the firm’s Australian business, which includes South-east Asia and New Zealand, bounced back from losses in 2011 and 2012, with an operating profit of £24.5m, up from a loss of £34.5m the previous year, and an operating margin of 1.6%.

The performance of the Australian business helped the group to increase its pre-tax profit from £23.4m the previous year to £57m, while total revenue across the group edged up from £3.54bn last year to £3.57bn.

Writing in the accounts, Laing O’Rourke chief executive Anna Stewart said the firm was “delighted” about the “recovery enjoyed by our Australian business this year”.

She said: “We expect Australia to be a rich market of opportunity for the group over the next few years.”

She added: “The construction sector in the UK continues to decline in terms of market volume and, although there has been a shift from building to infrastructure, spend overall is down.

“We do not expect this trend to change materially and foresee few signs of significant stimulus prior to the 2015 general election.” 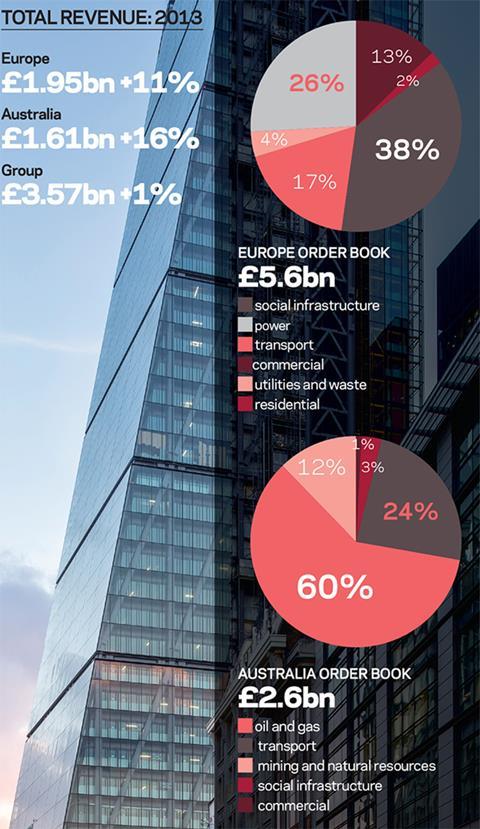 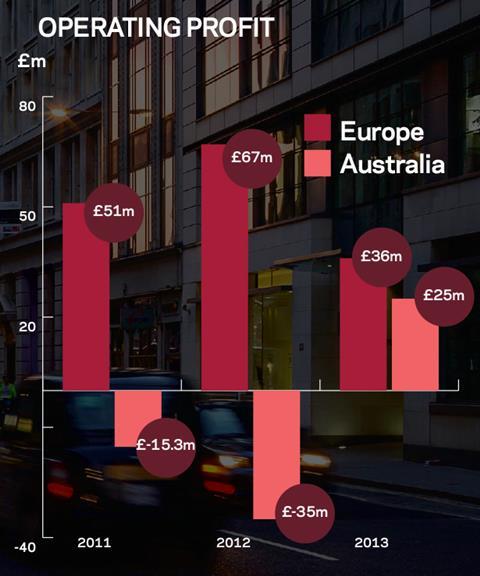