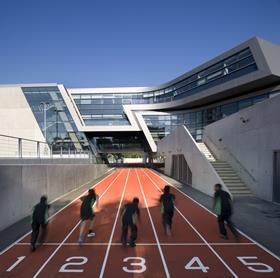 Hertfordshire contractor JRL has bought McMullen Facades just days after it was announced the Lakesmere business had been placed into administration earlier this week.

The Northern Irish construction company’s administrator Deloitte confirmed the purchase but declined to put a figure on the deal.

Peter Allen, joint administrator and partner at Deloitte said: “We are delighted to have concluded the successful sale of McMullen, retaining all 270 jobs. McMullen remains a profitable business that unfortunately was affected by cash flow issues in the wider Lakesmere group.”

Based in Borehamwood, JRL was set up in 1996 and its best known business is its concrete frame arm J Reddington while other divisions include plant firm JRL Plant, a drylining business and London Tower Cranes.

In its last set of results for the year to December 2016, JRL, which is carrying out the concrete frame work on a 75-storey residential building in Canary Wharf, posted revenue of £289m, up from £252, while pre-tax profit quadrupled to £16.1m.

A JRL Group spokesman said: “The acquisition of McMullen gives us the capability to offer a ‘structure and envelope’ package. This will give clients a single point of contact to get a watertight building, whilst allowing savings on preliminaries, improved coordination, better programme and risk management benefits.”

McMullen is based in Moira, Northern Ireland, with a factory in Portadown and head office function in Winchester.

Its most recent financial results for the year ended 31 January 2016 showed turnover of £37.3m versus £25.9m from the previous 12 months.

News of the Northern Irish construction business’ administration came after its parent company Lakesmere went into administration at the beginning of the month.

At the time Allen and joint administrator Richard Hawes said the firm would continue to trade and added that employees’ jobs were safe.

The pair, who were appointed as administrators of Lakemere after the business collapsed on November 3, also said: “The business will continue to trade whilst we seek to sell it as a going concern and there are ongoing discussions with a number of interested parties.”

The company previously worked on projects including the London 2012 media centre at the Queen Elizabeth Olympic Park and Belfast’s tallest building The Obel. It also worked on the 2011 Stirling Prize winning project, the Evelyn Grace Academy (pictured) in south London designed by Zaha Hadid Architects.