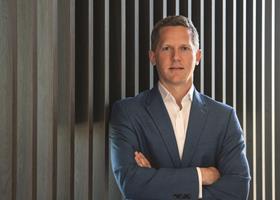 Legal & General expects to have the first of its factory-built houses installed on site in September this year, more than two years after its North Yorkshire-based manufacturing plant was due to start producing them.

The insurance giant says it has overcome manufacturing constraints that delayed launch of first homes.

The firm had originally hoped to be producing ready-to-install homes by June 2016, but it took until last summer to produce two prototypes. Manufacturing delays set back that target, L&G Homes chief executive James Lidgate said.

Speaking to Building, Lidgate conceded the modular construction operation had faced a series of “constraints” and that these took longer to rectify than anticipated.

One of the issues was around the availability of cross-laminated timber (CLT), since L&G could not get CLT boards supplied that were of the correct tolerances.

But Lidgate insisted the teething troubles have been sorted. “There’s a refinement process but we’re more than happy with the quality and the price of what we can produce,” he said.

He added: “Modular has not been a mistake, nor has it taken money away from other parts of the business. We absolutely remain committed to innovating the construction industry.”

Lidgate denied the £50m investment in the factory in Sherburn-in-Elmet was an error, although he admitted it had been “a learning process”, both in terms of marketing and in the sort of manufacturing process to use.

“We have been through an evolution of the design and the manufacturing methodology. There are a number of constraints to the way you organise a manufacturing process like that,” he said.

Lidgate said that L&G Homes had ambitions to build a total of 10,000 to 15,000 homes a year within five years – “that’s our publicly stated ambition and one we’re confident we can hit,” he said.

He also said that the firm, which owns Cala Homes and later-living business Inspired Villages, is ramping up its build-to-rent activity and has ambitions to build 3,000 affordable homes a year, backed with an investment of £1.5bn.

L&G said it plans to build more than 650 rental homes on a brownfield site in Woolwich, south east London. The scheme will include 21,000ft² of commercial space and will be built on a site near Woolwich Overground station.