Proposals to turn a derelict site in the middle of Liverpool into new homes and offices has been given the go-ahead by city planners.

The £170m Great George Street project will see more than 450 apartments, 37 townhouses, a 144-bed hotel and 4,200sq m of office space built at an area, part of which has been abandoned for nearly 40 years.

Architect on the scheme, which will also include 12,800sq m of commercial space, is local practice Brock Carmichael. Others working on the scheme for developer Great George Street Developments include engineer Arup and landscape architect Planit-E.

A series of unsuccessful attempts were made to revive the 3.5ha site in the 1990s and three years ago plans for a scheme called New Chinatown bit the dust. It included nearly 800 homes as well as commercial space and a hotel. Developer was North Point Global.

Part of the site is where the former David Lewis Hotel and Hostel, known locally as the ‘Davy Lou’ stood, before it was torn down in 1980. 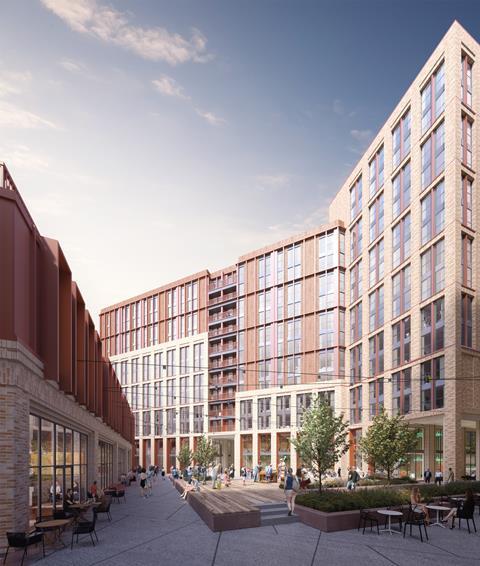 How the new homes and public realm will look when finished