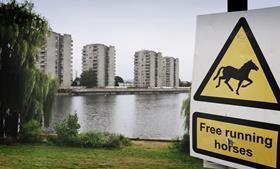 Housing association Peabody has appointed a consortium headed by LDA Design to set out its plans for the regeneration of Thamesmead in south-east London.

The design, which will be called the Landscape and Green Infrastructure Strategy, will oversee the transformation of Thamesmead’s waterspace, landscape and public realm.

Peabody owns 65% of the 760ha of land in Thamesmead and 85% of the developable land.

The strategy will contribute to the £1bn regeneration programme in the area, which involves the GLA, TfL, and Bexley and Greenwich councils.