Lend Lease cashes in £700m on sale of Bluewater stake 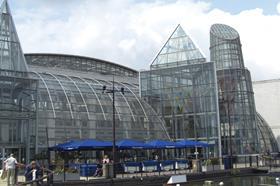 Lend Lease has cashed in £700m on the sale of its 30% stake in Bluewater shopping centre in Kent to developer Land Securities.

As part of the transaction Lend Lease has also sold full asset management rights for the centre and the 110 acres of surrounding land.

Lend Lease sold its interest in Bluewater for £656m and the further management rights for £40m.

Lend Lease said it will use the proceeds of the sale first to pay down debt and then to fund its global development pipeline, including major regeneration projects at Elephant and Castle and The International Quarter in Stratford.

Bluewater opened in 1999 and has over 300 retailing, catering and leisure units.

The competitive sale process commenced in March 2014 and the transaction has exchanged and settled today.

Dan Labbad, Lend Lease’s group chief operating officer and chief executive officer in EMEA, said: “Bluewater is a world-class retail destination and one that we are proud to have developed and managed, reflecting the strength of our integrated model. 19 years ago we took a derelict piece of land and have transformed it into one of the top performing retail assets in Europe, welcoming over 375 million guests since its opening.

“The cash proceeds of the sale will initially be used to pay down debt and subsequently invested in our significant global development pipeline, including our large urban regeneration projects in London at Elephant & Castle and The International Quarter.”