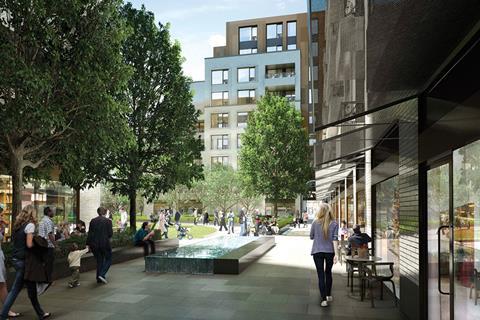 Lend Lease has emerged as the hot favourite for the job to build Great Portland Estates’ £500m mixed-use development on a former Royal Mail site in central London, Building can reveal.

This week developer Great Portland Estates (GPE) confirmed it had appointed Lend Lease to undertake pre-construction work on its Rathbone Place scheme, with the contractor now understood to be the clear favourite for the £150m main construction contract, which is expected to be confirmed later this year.

As Building revealed last year, Lend Lease was up against Mace, Sir Robert McAlpine and Brookfield Multiplex for the project.

The scheme, designed by architect Make, comprises a comprehensive development of the 2.3 acre site of a former Royal Mail sorting office to provide new buildings totalling 414,000ft2, as well as a public square and pedestrian routes.

Enabling work on the scheme is under way and Lend Lease will now go out to market for subcontractors. The main construction work is due to start towards the end of the year and completion is expected in October 2016.

GPE used a BIM model as part of the tendering process, for both the main construction and the substructure contracts. The bidders were asked to demonstrate logistics and programme skills using the model.

Buro Four is the project manager on the development, EC Harris is the cost consultant, AKT II is the structural engineer, and Hilson Moran is the engineering and sustainability consultant.

A GPE spokesperson confirmed the appointment of Lend Lease, but declined to comment further. 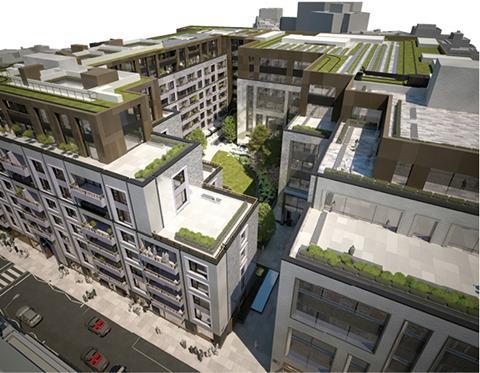