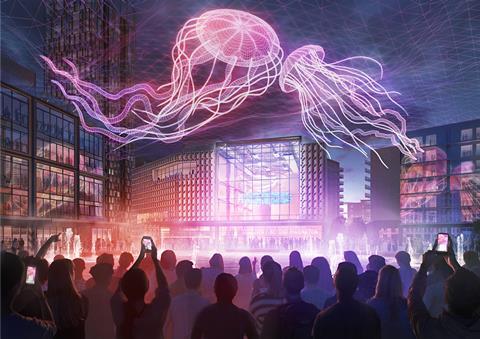 Lendlease has been chosen as Birmingham council’s development partner for a £1.5bn scheme to revamp a city centre site called Smithfield.

The firm beat a pitch from remaining bidder, a team featuring Delancey and Qatari Diar, to the work which is expected to begin in earnest next year. Other bidders included a team featuring Hammerson and Bouygues.

The plot in Digbeth covers 17ha and will be home to Birmingham’s Bull Ring retail markets as well as leisure and cultural space, a public square and more than 2,000 homes. The scheme will take 15 years to complete. 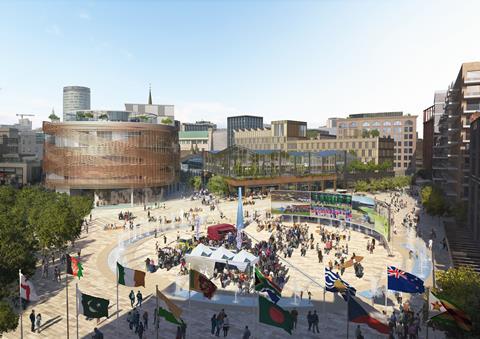 The site is next door to the Bull Ring shopping centre, which includes Future Systems’ Selfridges store, completed by Laing O’Rourke over 15 years ago, and the revamped New Street station. A new HS2 station at nearby Curzon Street is also due to be built and open in 2026.

Lendlease’s managing director of its property business for Europe, Jonathan Emery, said it would be working with Lendlease’s construction business to carry out building work although a number of contracts on the job will go out to tender.

The scheme has been masterplanned by Prior Associates and Emery said the firm was hoping to work with a number of signature architects on some of the planned buildings.

The first phase of the scheme set to include the new homes, the new retail markets building and public realm.

The council and Lendlease are currently working to finalise the terms of the partnership, start the preparation of a planning application and produce a business plan for the site’s redevelopment before the formal award of the contract, which is expected to happen by the end of the year.

Council leader Ian Ward said the development will “appeal to both national and international audiences”.

The site is part of the Birmingham City Centre Enterprise Zone, which was established in 2011 to unlock key city centre development sites and accelerate growth.

Waheed Nazir, corporate Director at Birmingham council, said: “Smithfields is one of the key projects we wanted to move forward as we feel the family leisure offering is really missing in the city centre.

“The new home for the markets will be delivered in the first phase, which is really important given the sites history with the markets and the fact they are currently a bit hidden away.”

The project is part of the city’s Big City Plan, launched in 2010, which sets out a 25-year vision to grow the city centre by more than 25%.