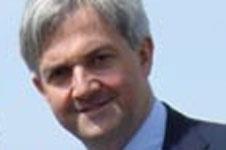 Nuclear power has been identified by Tories and Liberal Democrats as a potential area of policy disagreement in the new coalition government.

The Conservatives have pledged to accelerate the programme of nuclear building while the Liberal Democrats rejected nuclear power in its manifesto.

Liberal democrat MP Chris Huhne told the BBC that there was disagreement between the two parties on nuclear energy but said that the coalition partners agreed there would be no public subsidies for nuclear power.

He said, "I'm determined there will not be special subsidies for nuclear power."

Huhne said the two parties had identified a number of conflicts in policy. He said. "When problems arise there will be a clear procedure to deal with disagreements."

Huhne is expected to be confirmed as environment and climate change secretary shortly. He said he had no " no idealogical opposition to nuclear power."