Proposals include a new agency with beefed-up compulsory purchase powers

The Liberal Democrats have announced a raft of policies which the party’s leader Vince Cable says will boost housebuilding activity across the UK.

In an interview with Building, due to be published this week, the former business secretary (pictured) blasted current housebuilding practices, pointing to what he called the failing “developer-led model” which he said “doesn’t work because land prices are too high and by the time this is factored into the price of houses with the developers’ margin, they’re just unaffordable”.

And today at the RIBA’s Portland Place headquarters, the party has outlined a series of plans which it claimed will help crack the problem. 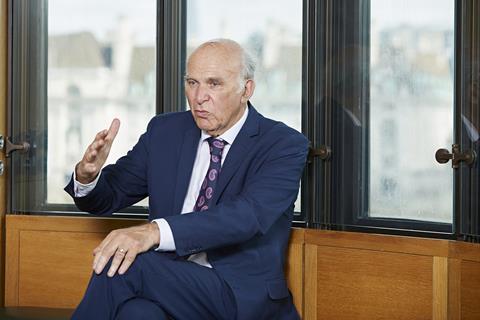 It is proposing an arm’s-length and not-for-profit development agency which would be armed with the power to buy land at a low cost.

The Lib Dems also want to tackle the controversial issue of greenbelt land by allowing some sites to be built on in exchange for others remaining protected.

Government should also be required to release un-used land, with departments such as the Ministry of Defence expected to face sanctions for what the Lib Dems called “public sector land banking”.

And 50,000 of the anticipated 300,000 homes required every year should be affordable, while some empty homes ought to attract 500% council tax, rather than the current 200% figure.

The Lib Dems’ policies in brief:

An arm’s-length, not-for-profit agency with compulsory purchase powers that buys land at low cost. Land used for agriculture would be acquired minus the “hope value” that inflates prices, aiming to build houses at as low as 40% of market value

Freeing up disused parts of the green belt, such as former petrol station sites, for housing in exchange for protecting urban green space such as parks and playing fields

Big landowners such as the Ministry of Defence must release land for housing. Tough Treasury sanctions would be imposed for public sector land banking

Of the 300,000 new homes that are needed a year, 50,000 should be for social housing. This would require removing the cap on local authority borrowing, giving councils discretion to curb the Right to Buy, and removing the affordable housing exemption for small developments

Where the housing stock in areas of natural beauty and in London is unoccupied by non-resident owners, there would be greater sanctions such as increasing the 200% council tax on empty homes to 500%