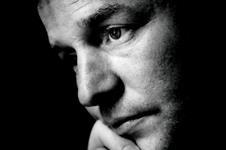 Nick Clegg to announce 0.5% levy on most valuable homes at party's annual conference

The Liberal Democrats are to unveil plans to tax owners of homes worth £1m in order to support low-paid workers.

The party’s treasury spokesperson, Vince Cable, is expected to announce proposals for a 0.5% annual levy on the most valuable houses at the party conference.

Nick Clegg, Leader of the Lib Dems, told the Independent newspaper this was “not a big sacrifice”. He said: “It is a perfectly reasonable thing to ask of people who have got properties of that value, and it's completely in line with how pretty well every tax system in the world works.

"I think people who live in properties worth over £1m feel it's fair, in this day and age, to pay about £2,000 or less to help people for whom the tax burden is much higher."

The party’s annual conference has been dominated by discussions about public spending cuts and how deep they should be.

Other Lib Dem proposals include cutting Trident and other defence contracts and freezing public sector pay.