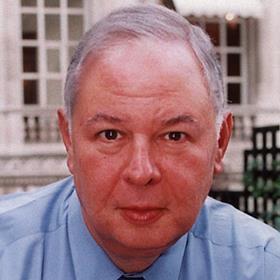 Property developer Sir Stuart Lipton is to quit Chelsfield Partners in order to form a new development vehicle with the co-founder and technical director of development manger of Stanhope, Peter Rogers.

The Times reports today that the new vehicle will be known as Lipton Rogers. It will target large complex schemes in London, with fundraising for the vehicle due to start this year.

Sir Stuart told the Times: “The action is in places where traditionally we have not had to look, such as the TMT [technology, media and telecoms] sector, where consumers don’t want plain glass boxes for offices. It is in the tough times like this that the property market gets innovative. We have to think about new ways of doing things, and large and complicated projects are our bag.”

Lipton is famous for developing the Broadgate complex in the 1980s, and his move means that the existing Chelsfield will not take on any further projects, but will manage existing schemes.

Chelsfield is currently preferred developer on the huge Silvertown Quays scheme in the Royal Docks south of the Olympic Park.

Chelsfield itself will relaunch with the same investors, including Lipton himself, focusing on investment, corporate takeover activity and refinancing in the real estate sector. Property magnate Elliot Bernerd will remain on the board. The existing Chelsfield chief executive, Robert Burrow, will become chair of the new vehicle.

Mr Burrow told the Times that the “’new’ Chelsfield is going to look at going in a different direction and being more fleet of foot. We want to look at investments and corporate transactions.”