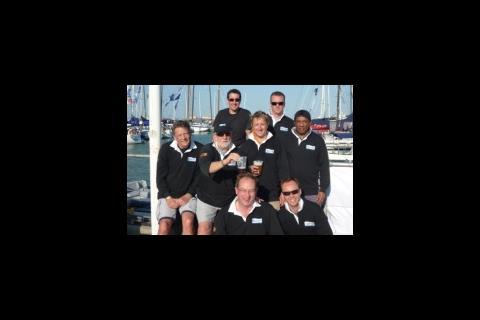 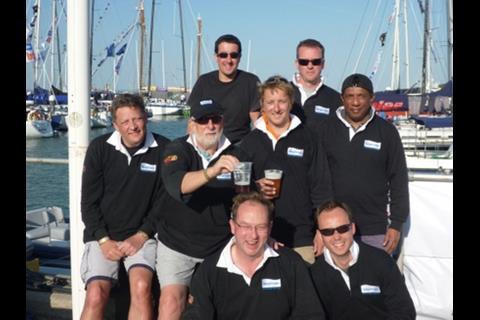 Well, the Little Britain Challenge Cup is all over for another year. The entire team had a fantastic time and enjoyed themselves immensely so I'm sure we'll have plenty of recruits for next year's team.

Despite our misgivings about the weather, it proved to be perfect sailing conditions throughout the whole four days; it was sunny every day and a good breeze provided a helping hand in blowing us along in the right direction.

So, to the sailing results (apparently that's what we were there for?): We came a very respectable 10th in our class overall, and were pretty proud of ourselves given the fact that we were up against experienced crews on fast boats. The results in our class were quite close as well, so that in one or two of the races we were only about 10 minutes behind the leaders.

So, to the sailing results (apparently that's what we were there for?): We came a very respectable 10th in our class

Somehow we managed to muddle through the regatta without any members of the team picking up any injuries; the only potential for disaster came when Ed succeeded in shrinking his deck shoes by a couple of sizes with some rather hasty and last-minute drying and had to rush around the shops to find a new pair before the next race started!

After each day's racing there were plenty of social events going on to keep us entertained. Highlights included a fantastic and unexpected evening as guests of Gleeds at their curry evening, and our trip to Hot Rocks in Yarmouth the following night. We also enjoyed a glass or two of bubbly in illustrious company aboard Atkin Chambers' yacht (thus easily fulfilling our work duties for the weekend).

Saturday's gala dinner was less of a hit with the team, although we considered ourselves to have come off better than the poor comedian who only managed to stay on stage for 10 minutes of his allotted 45-minute slot! The evening was saved for us when we sloped out to local pub the Anchor early, where we bumped into a legendary Tasmanian skipper and his Swiss first mate.

Somehow we managed to muddle through; the only potential for disaster came when Ed succeeded in shrinking his deck shoes by a couple of sizes

So, that's the last you'll hear from me about spinnakers and jibing… until next year!