Mac Group has won a £7.5m deal to turn a former photo processing building in Birmingham’s Jewellery Quarter into more than 40 flats.

The scheme for developer Hatchbury on the city’s Camden Street will involve tearing down the existing building and replacing it with a four-storey block featuring 43 apartments and five townhouses. 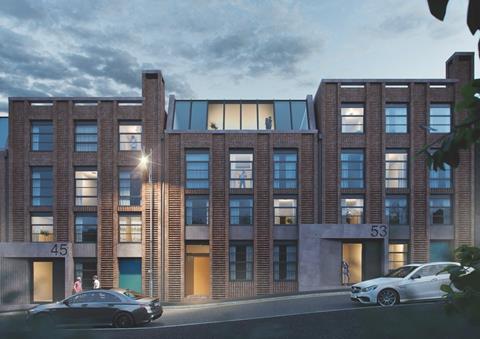 The development will run between 45 and 55 Camden Street

The site was occupied from the 1960s by Munn’s Brothers Photographic Processing Works, which developed films for companies such as Boots.

Mac, which has its Birmingham office in Solihull, will begin demolition work next month ahead of the job finishing in the second half of next year.