London development budget to fall by a fifth next year 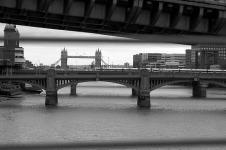 The London Development Agency’s budget for 2010/11 will be down more than a fifth from what it expected. By 2012/13 it is likely to have only about 60% of the programme budget available to it last year.

Last month, the LDA identified a £159m shortfall in its Olympic land commitments, which it accrued through bad accounting practices.

The finding comes in a report issued by the London Assembly, which called financial prospects for the regeneration agency “bleak”.

John Biggs, chair of the assembly’s budget and performance committee, said: “The LDA is tasked with helping Londoners through this tough economic time, but it will find it very difficult to make a big impact, given its reduced resources.

“The committee’s confidence in the LDA’s ability to produce and monitor budgets accurately has been dented.  The LDA must now demonstrate that lessons have been learned, controls improved and sufficient testing on budget areas carried out to ensure budgets going forward can be relied upon.”

Meanwhile, the report warned that reductions in government grant were to be expected, but that there was no clarity about the scale and timing of the cuts.

The assembly warned that the mayor Boris Johnson would need to carefully balance his desire to limit the financial impact on London council taxpayers with his priority to maintain frontline services.

Earlier this month, the mayor announced that he would freeze the Greater London Authority’s proportion of council tax next year. The precept has risen 152% since 2000.