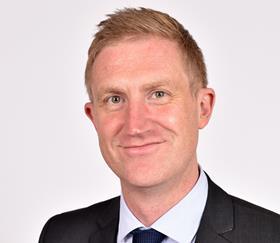 Lovell managing director Steve Coleby, who joined last month after spending 25 years at Laing O’Rourke, said Breslin had “an impressive record of delivering strong but controlled growth for companies in the construction and housebuilding sectors”.

Lovell recently signed a deal with Homes England to build to build 200 new homes in Lancashire.

The housebuilder hopes to secure planning permission for a 9ha greenfield site at Leyland this autumn.