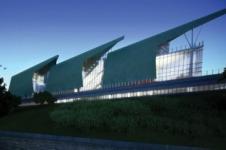 The Learning and Skills Council has announced a list of just 13 college projects which may be able to restart after a review of the 144 schemes put on hold.

The 13 projects will have to cut the cost of their plans in order to receive funding to go ahead. The LSC said the scale of the cuts it is asking for are “significant but manageable.” Colleges have also been asked to maximise borrowing and consider other sources of finance to bolster their chances of success.

The other projects which remain on hold will not receive further LSC investment until at least 2011/12. The LSC said it would begin a consultation this autumn to agree a “robust, fair and transparent process for prioritising the capital investment programme for the next Spending Review period starting in 2011/12.” The organisation added in a statement: “The size and scope of the programme will depend in large part on the outcome of the next spending review.”

The 13 colleges that have been selected to proceed are:

Geoff Russell, chief executive of the LSC,l said: “These are the projects that will bring the greatest benefit to learners and communities across the country. They will have a substantial impact on the education and skills environment in their locality by transforming the condition of college buildings. While they show good value for money and excellent links with third party funding, we will ask each of these colleges to find additional cost savings in order that we can afford to fund additional projects.”

An additional £300 million for the college programme was announced in the budget as part of a fiscal stimulus package which has enabled a number of projects to be funded this year.