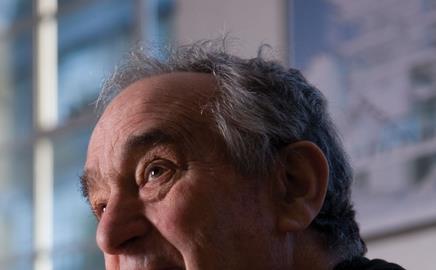 Architect Ted Cullinan received the royal gold medal from the RIBA this week – but preferred to discuss the Prince of Wales’ latest foray into architectural criticism.

Speaking to Building before the award ceremony, the 76-year-old architect recalled the prince’s last attack on the architecture of London when, in 1984, he likened ABK Architects’ proposed extension to the National Gallery to a “monstrous carbuncle”.

“Lubetkin said at the time that the last person who had attempted to censor architecture along conservative lines was Hitler,” he says. “That might be taking it a bit far, but it’s pretty accurate.”

Comparing the heir to the throne to the 20th century’s most notorious dictator might not seem like appropriate behaviour for a man about to be awarded with a Royal medal, but Cullinan seems circumspect.

“It’s not his, it’s his mother’s,” he says. “Prince Charles is a member of the English land-owning gentry. They love Georgian architecture because they were brought up in it, and have lived in it all their lives. It doesn’t make it very easy to see the world as it actually is.”

Cullinan might have more reason than some to be wary of the conservative thinking of the Prince, remembering the atmosphere after the 1984 speech: “Planning officers used to ask you directly whether you thought Prince Charles would like it. The answer was normally no,” he said. “It’s always been a battle to do good modern buildings in the UK, but this was the hardest period of all.”

And after 50 years in the industry, Cullinan should know. His career began when he worked with Denys Lasdun before forming his own practice, Edward Cullinan Architects, in 1965. Significant pieces of work include Chapel Court at St John’s College, Cambridge; St Mary’s Church in Barnes; and the Weald and Downland Gridshell in Sussex, which was nominated for the Stirling Prize in 2002.

The practice is currently working on a scheme for Edinburgh’s Royal Botanical Gardens and the long-delayed visitor centre at Stonehenge.

Though he has designed schemes in the USA, Asia and elsewhere, it is England that he knows the best, though he is at pains to say it is a love/hate relationship.

“It is a very conservative country. It’s probably natural for a country that has lost an Empire in my lifetime. But it tends to make people somewhat nostalgic, and conservative. My work has been a process of working against that.”

Like most architects, Cullinan has had run-ins with oppressive and traditionalist planning regimes since the beginning of his career.

“The first complete house I ever did in 1958, I had to draw plans on an Ordnance Survey map that showed you couldn’t see it from any public road. It was based on the assumption that anything you build would be so horrible it would deeply offend everyone who saw it. It’s been a tremendous battle.”

But this is not to say he is totally opposed to conservatism. On the contrary, he says architects can learn a lot from the past, especially in the housing sector.

“I’m trying to think of a single developers housing scheme recently that wouldn’t be better if Voysey had built it 100 years ago,” he says. “The problem is with developer’s houses is that they’re just a collection of magnet joinery windows in a wall, with a roof on top.The house doesn’t say anything to you.”

Cullinan and his practice are now working on a sustainable housing scheme in Swansea. Green considerations have given him a new lease of creative life. “The next great domestic architecture is going to come out of considerations of sustainability,” he says. “It’s really fascinating to start to think about things like that.”

But Cullinan has always been concerned about environmental design, originally by positioning buildings and using materials to take advantage of the elements. One of his earliest buildings was designed to yield passive solar gain, but it came with a crucial drawback.

“It was far too hot. I used to think it would be such bliss to be south-facing and have the rays of the sun,” he says.

“But this house had a glass wall, so it just roasted. We devised a system of blue screens that you hang up in summer, so it was fine. We all make mistakes!”

Cullinan is to be awarded the royal gold medal on February 12, and will make a speech to distinguished guests, friends and family. He has decided he will talk about his life in architecture.

“I was born in 1931, which was the same year in which three very important buildings were completed. LeCorbusier’s Villa Savoir, the Hilversum Town Hall by Dudok, and the Chrysler Building,” he says. “They are three very powerful influences on modern day architecture, and on me in particular. The abstract cubist composition and the arts and crafts tradition from the past. It’s very important to English architecture.”

While much of his speech will concentrate on what has changed since the modernist ideals of the mid-20th century, he says there are many things which remain the same.

“Architects still feel very hard done by,” he says. “We tend to be very paranoid. But as Freud said, paranoia is the essential basis of creativity so that can’t be a bad thing!”

In spite of the retrospective feel of much of the celebrations surrounding his medal, it is evident the septuagenarian has no plans to retire just yet.

“The best thing about architecture for me now,” he says, “is that it is very likely to stave off the onset of Alzheimers, all that thinking and reacting to sensitive situations. And besides, it’s the only thing I know how to do.”