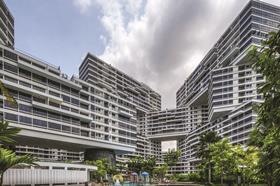 By 2050 the earth will require 120 billion sq m of new floor space, which equates to 30 million new buildings and associated infrastructure requiring additional capital investment of $250tn, according to new research from Mace.

The world’s urban population is growing at an exponential rate and by 2050 the UN estimates that the number of people living in towns and cities will increase by 2.5 billion – seven out of every ten people. Over a third of this growth is expected from Nigeria, India and China.

It added cities also consume 75% of the world’s energy and create 80% of greenhouse gases and if global consumption continue at the current rate, demand for resources will triple to 140bn tonnes.

Mace’s head of major programmes and infrastructure, Jason Millet said the report showed that “more people are choosing to live in cities so industry needs to take notice of this and start to increase the efficiency.”