Apex Airspace working on string of jobs across London

A London developer who uses offsite methods to build homes on other people’s roofs has appointed a former Mace operations director to its construction team.

Apex Airspace was founded in 2015 and purchases airspace rights from owners of residential, commercial and public buildings – before putting in extensions using parts manufactured offsite.

Now the group has appointed Jonathan Poole as its new construction director bringing staff numbers at the Marylebone-based business up to 24 – up from 10 at the end of last year.

Before working at Mace, Poole also had stints at Bath-based housing association Curo and consultant Ridge.

Another former Curo and Ridge staffer, Ricardo Simoes, has joined the firm as a senior project manager. His CV includes spells at Capita and Davis Langdon.

The firm is currently working on five schemes, including a deal to build more than 30 apartments for Lambeth & Southwark Housing Association in Bermondsey.

Apex Airspace’s chief executive, Arshad Bhatti, said it was “in discussions” about developing 2,200 homes across both the public and private sectors in the capital. 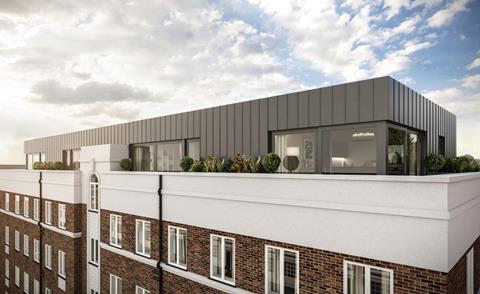 This scheme on top of a residential building in Tooting, south London, will see four, two bedroom penthouse apartments built