Mace lined up to build London's 'Can of Ham' 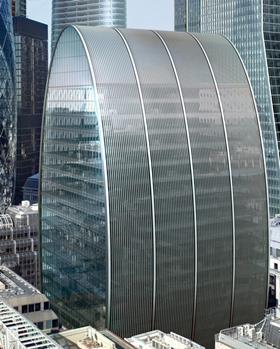 Mace has been lined up to build the City of London’s next office tower, the ‘Can of Ham’.

The Foggo-designed 24-storey tower was conceived pre-recession and won planning permission back in 2008, but has since been mothballed.

A spokesperson for TIAA Henderson Real Estate confirmed the scheme is now live once again.

The spokesperson confirmed Mace has been appointed as first stage contractor and construction is scheduled to commence in the second quarter this year.

The site is situated at 60-70 St Mary’s Axe, close to the Gherkin tower.

The Can of Ham’s original developer Targetfellow entered administration in 2011, prompting the scheme to be sold to US pension fund TIAA-CREF.