Move signals start of £400m of subcontracts over next two years

Work to build the HS2 London terminus at Euston has taken a step forward with the Mace Dragados joint venture responsible for building the station moving onto the site.

Mace Dragados was appointed as HS2’s construction partner for the £1.1bn Euston station in March last year and has been working with HS2 to prepare for the early works. 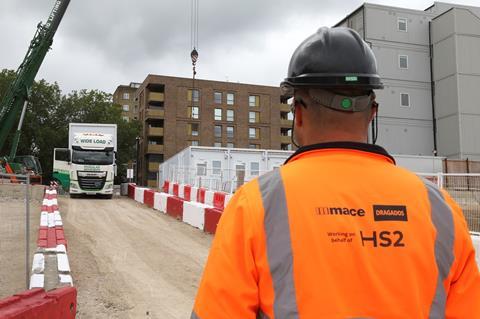 Now the construction team has taken possession of part of the Euston site, steps to begin construction can begin.

Piling work for the basement wall of the station will begin in advance of the large scale excavations and substructure works next year.

The progress at Euston will also kick off the search for suppliers for over £400m worth of work over the next two years.

The project team will be looking for future suppliers to the project for packages ranging from water treatment systems through to lifts and escalator systems.

Opportunities will be advertised on CompeteFor web portal by Mace Dragados and the team’s subcontractors.