The developer on the City of London scheme dubbed Gotham City has confirmed that Mace will finally start work on the job this March.

Designed by Make Architects, the firm was named preferred bidder in 2015 but the scheme at 40 Leadenhall Street (pictured) was stalled a year later after its then developer TH Real Estate hit the pause button following the result of the EU referendum. 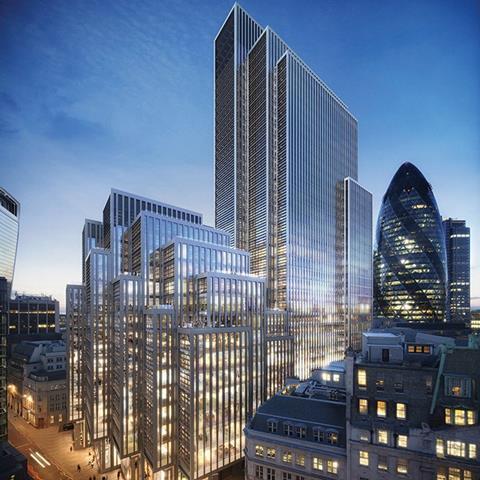 Keltbray began clearing the site in 2018 before M&G Real Estate bought the development last November for £895m. The scheme has permission for two office towers of 14 and 34 storeys.

The developer’s head of UK commercial Martin Towns said work is expected to finish in September 2023.

He added: “We expect a landmark development such as this to be greatly in demand from occupiers seeking to grow their businesses.”

M&G has appointed Savills, Knight Frank and Cushman & Wakefield as joint agents on the scheme which runs across 905,000 sq ft of office space.