The firm will be the agency’s commercial partner on work to dual a 10 mile stretch of the A428 which is designed to improve journeys between Milton Keynes and Cambridge.

The job between the Black Cat roundabout and Caxton Gibbet roundabout is set to be built by Skanska and will cost just over £500m. 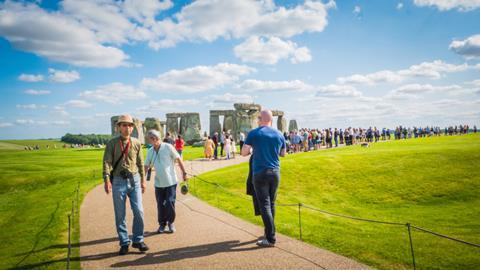 Stonehenge attracted well over one million visitors every year in the decade before the pandemic, with most arriving by car or coach

And Mace has won a similar role on the £1.25bn scheme to dual a stretch of road between Amesbury and Berwick Down and build a tunnel at Stonehenge to remove traffic from the nearby World Heritage Site.

Mace’s deals will last five years and follow its appointment on the National Highways framework for commercial and project management services last year.

The firm’s official role on both jobs is complex infrastructure programme commercial partner and Mace Consult’s chief executive Jason Millett said: “This is a strategic win for Mace Consult and acknowledges the delivery expertise of our team. We pride ourselves on delivering distinctive value and challenging conventional thinking in our approaches.”

This spring, Millett said it was on track to beat turnover targets ahead of schedule with the business expecting income this year to be north of £400m.

The firm was handed a £500m turnover target as part of Mace’s strategy to grow group turnover to £3bn by 2026 but Millett said he was expecting income this year to be within £100m of that.