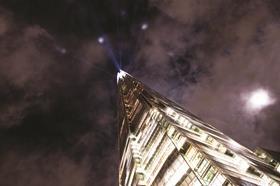 Mace has confirmed that its construction director for major projects Tony Palgrave is leaving after nearly a decade at the business.

Building understands that he is heading off to work with the client behind the £1bn redevelopment of London Olympia.

Mace had been considered favourite for the scheme, designed by Heatherwick Studio, but was pipped to the deal by Laing O’Rourke in May. Olympia is owned by a consortium of investors which includes Yoo Capital, believed to be Palgrave’s next employer.

Palgrave, who was born in Zimbabwe, has been at Mace since the beginning of 2010 and was project director on the Shard working hand-in-hand with its current chief executive officer for construction, Gareth Lewis, on the firm’s breakthrough job as a main contractor.

He was also project director on the loss-making Nova Victoria mixed-use scheme Mace built for Landsec and was understood to have been lined up to lead Mace’s team on Sellar’s £350m Paddington Cube which it won earlier this year.

In a statement, Andy Jones, Mace’s managing director for major projects, said: “Tony has had a long and successful career with Mace, helping us deliver some of London’s most iconic buildings. We wish him all the best in his new role.”

Earlier this week, Mace rejigged its management structure will see four senior figures promoted to divisional chief executive positions from the beginning of next year.