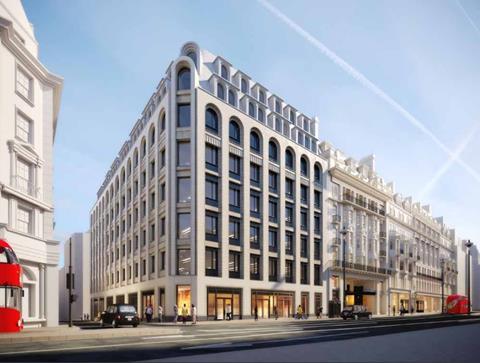 Make Architects has been given the green light for a pair of major central London projects including an eight-storey office building opposite the Royal Academy of Arts.

The scheme at 180 Piccadilly will require the flattening of two buildings including the French Railways House, a 1960s modernist landmark previously used as the headquarters of French state-owned railway firm SNCF.

The architect said that the existing buildings “do not meet the needs of modern office and retail occupiers” and said their replacement would offer more adaptable modern workspace.

The eight-storey French Railways House, which was designed by Shaw & Lloyd with Charlotte Perriand and Erno Goldfinger, featured projecting letters spelling out the word ‘France’ on its facade before they were removed in 2013. Perriand is currently the subject of an exhibition at the Design Museum. 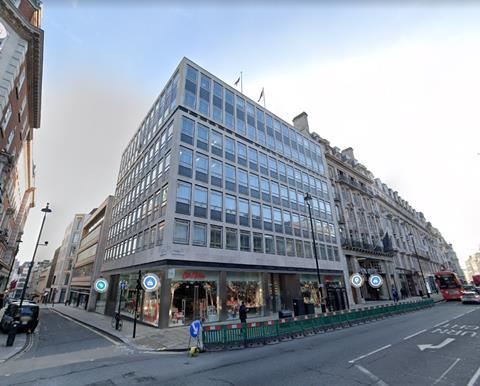 The scheme will replace the 1960s French Railways House

Make said that the unlisted building is “not noted as a building of merit” and that its internal workspace was “narrow” and “difficult to use”.

It added that its cladding does not meet current thermal standards and its mechanical and electrical plant is “beyond its economic life expectancy”.

While it admitted that the other building on the site, the 1950s 48-50 Jermyn Street, was noted as a building of merit in the St James’s conservation area, it said it is not listed and would be difficult to retrofit. 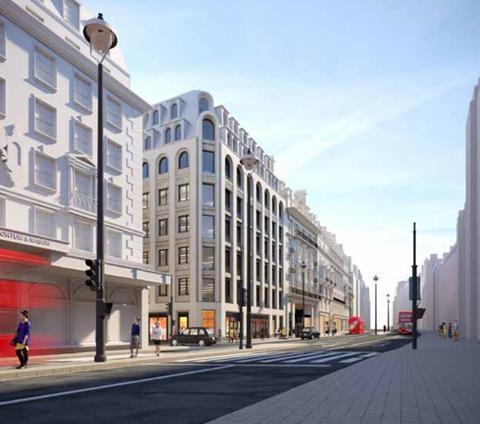 The building will have a total internal area of nearly 10,000sq m

The new scheme, which is being built for Great Portland Estates, will have a total internal area of nearly 10,000sq m and include three levels of terraces along with a communal terrace on the roof.

Make said its design, which features a series of repeating arched windows and a Portland stone facade, was a “contemporary interpretation of the rhythm, materiality and detailing of its handsome neighbours”.

The practice’s second green light will take the opposite approach to its first, involving the demolition and rebuilding of a beaux-arts building at 7 Millbank in Westminster.

The nine-storey building was built in two phases between 1912 and 1929 as the headquarters of British American Tobacco. 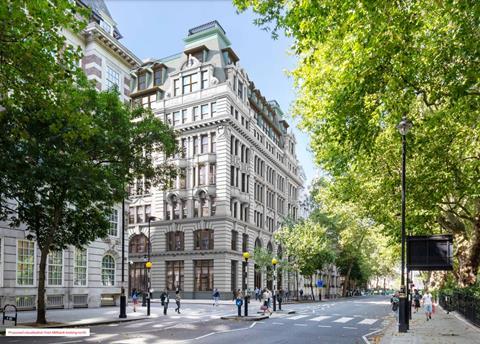 Make’s second green light is the demolition and rebuilding of 7 Millbank, the beaux-arts former headquarters of British American Tobacco

Embedded steelwork in the building has corroded, resulting in a piece of stone falling from its facade on to the pavement in 2016.

The building was then scaffolded for four years while repairs were attempted but Make said that a “comprehensive overhaul” is needed to fix irreversible damage caused by the corroding steel.

It also said that existing cores have no fire fighting shafts or goods lifts, and would need to be replaced to meet modern standards.