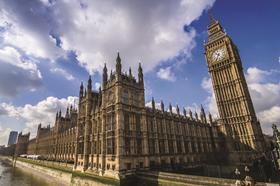 Five peers have written to The Times calling for home energy efficiency to be made an infrastructure spending priority.

The move aligns with a key aim of Building’s Agenda 15 manifesto, which calls for the delivery of a national retrofit programme to be made an infrastructure priority, under the remit of an independent infrastructure body.

The peers, who include Lord Deben, chair of the climate change committee, say the next government will spend billions on infrastructure, and argue some these funds should be spent on making the UK’s buildings highly energy efficient. They argue that greater investment in home insulation is needed to tackle fuel poverty and climate change.

They say: “This would deliver high levels of home energy efficiency investment while reducing energy bills.

“It would also play a critical role in reducing carbon emissions in line with carbon budgets, bring down NHS costs associated with cold homes, create jobs, tackle fuel poverty and enhance energy security. No other infrastructure investment can achieve as much.”